Will 5G in mid-band spectrum be all that we will ever need? 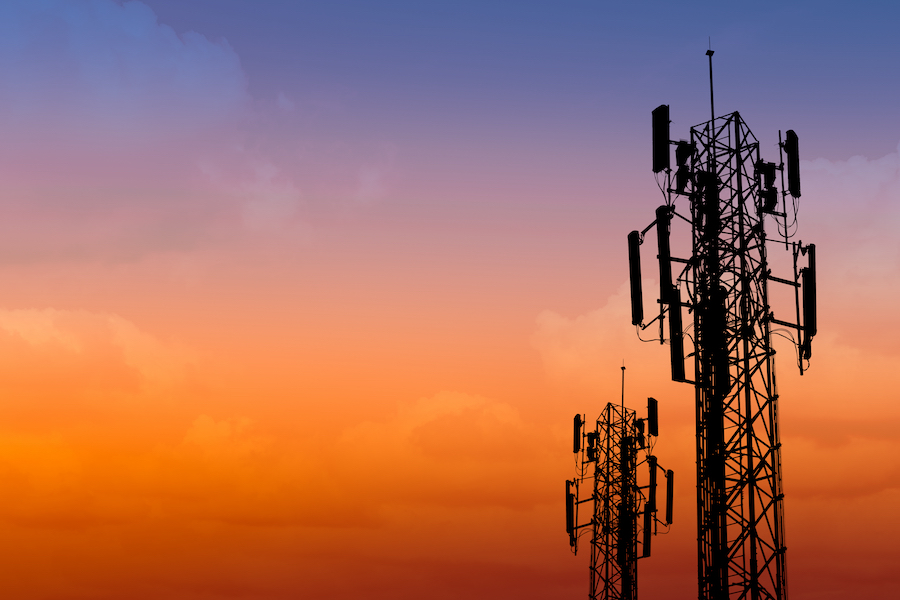 As mobile operators step up their investment in mid-band 5G, some industry analysts are getting ready to write an obituary for mmWave 5G. They claim mmWave 5G was nothing but a head fake, cleverly engineered by operators who did not have mid-band spectrum until they did. And once 5G in mid-band spectrum is available, it is all the world will ever need until 6G comes around. But is that the case?

It always starts with coloring the map

As I discussed in my last post, mmWave spectrum is great at providing capacity, not coverage. When mobile operators move from one generation of wireless technology to the next, they always start with building for coverage, a step some call coloring the map.

Building for coverage allows the marketeers at operators to scream from rooftops (and tower masts!) that they have the biggest and fastest new-G network in the country.

Consumers that are impressed by these claims upgrade their handsets to get on the new-G network. Application developers follow, and in due time, someone invents a new device (a Blackberry for 2.5G, an iPhone for 3G/4G) that changes the way people use the network. These new devices and applications pull in more subscribers. Soon, traffic on the new network starts to increase rapidly, and mobile operators scramble to build capacity as fast as possible.

There are two ways to add capacity to a mobile network — add more spectrum or deploy more cell sites. Though operators can license additional spectrum from time to time, it is difficult for an operator to know years in advance what kind of spectrum will be available and if they will have the capital to acquire it. As a result, these new spectrum bands are rarely supported by the operator’s installed base of handsets. This means that even after an operator licenses a new spectrum band, its impact on network capacity is not visible for several years.

If an operator wants to add capacity for its installed base of handsets, it must densify its network by deploying small cells (cell sites with a coverage radius of few hundred meters) in spectrum that its installed base of handsets supports. This is what operators have done over the last few years. Every major US operator now has close to 50,000 small cells (compared to 80,000–100,000 cell towers).

Even though mobile operators can always add capacity by deploying 5G small cells in sub-6 GHz spectrum, I would contend that it is better to densify using mmWave spectrum, particularly in markets like the US that have an installed base of mmWave-capable handsets.

Here are three reasons why:

1. mmWave small cells will provide more capacity per site: US operators have more than 400 MHz of millimeter wave spectrum (28, 39, 24, 47 GHz) in every market, and some US operators have as much as 2 GHz in some markets. Often this is two to ten times more than the spectrum they have in mid-band.

3. mmWave small cells can be added without redesigning the macro network: A mobile operator can add a capacity layer in mmWave without making any changes to its macro low-band or mid-band network.

Offering Internet to consumers and enterprises may be the biggest single growth opportunity for mobile carriers in the coming years. Verizon has said that it wants to offer Home Internet to 50 million US households. T-Mobile has said that it wants to do the same and win 7 to 8 million of them as new subscribers. Seven million subscribers that pay $50/month represent a $4.2B annual revenue opportunity.

A mid-band 5G network can get an operator started with Home Internet but can it support the success scenario? In Q1’2021 the average monthly usage of US broadband households was 461.7 GB, approximately 40 times more than a smartphone subscriber. Adding 7–8 million home internet subscribers is equivalent to adding 280 to 320 million smartphone subscribers!

And since a home broadband subscriber would be paying approximately the same amount per month as a smartphone subscriber, it means that the price per GB that an operator can realize for home broadband is 1/40th of what it can get for mobile service. So, how should a carrier allocate capacity between fixed broadband and mobile broadband services?

One way to do so is to move as much of the fixed traffic to mmWave and leave the low-band and mid-band network for mobile services. End-user devices, whether they are smartphones or FWA CPEs, can continue to support all bands. The mmWave network, where available, will boost the speed that mobile subscribers experience while the low-and-mid band networks will make the home Internet service more reliable.

Last quarter, Australia and Denmark joined the ranks of countries that have licensed mmWave spectrum to mobile operators. Australia licensed 2.4 GHz of spectrum in the 26 GHz range and raised a healthy AUD 647M (USD 480M), comparable to the price paid per MHz-POPs in the US. Australian carriers are expected to use this new spectrum for fixed wireless servi8ces.

Qualcomm and MediaTek, the two leading suppliers of merchant baseband and RF, kept up a steady drumbeat of mmWave related announcements as they get ready for a mmWave 5G launch in China in late 2022, coinciding with the Winter Olympics.

At Verana Networks, we continue to make steady progress on building our mmWave 5G Radio Access Network (RAN) product. In June 2021, we moved to our new 7,000+ sq. ft. office in Chelmsford, Massachusetts, and continued to grow our team in the United States and India. If you found this post useful or would like to stay in the know about Verana Networks, please follow Verana Networks on LinkedIn. I welcome your comments, questions, and feedback!